- March 24, 2021
I used to have a bad habit of keeping open too many tabs, but I learned that it can slow down browsing and make it difficult to work more efficiently. I also found myself distracted with so many tabs open, so it's important to keep it limited. If you struggle with it (like me!), I found that this extension for Google Chrome helps me stop using so many tabs. Let me know if this helps!
1 comment
Read more

Wikipedia Trail: From Indra to the Durand Line 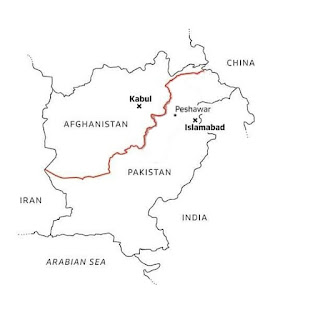 I began my Wikipedia trail on Indra in order to learn more about the god. Indra was mentioned as bowing down to Krishna, and I was curious to see how powerful the god was. Indra is an ancient deity in Hinduism, and his role parallels other Indo-European deities, such as Zeus, Thor, and Jupiter. He's considered the king of heaven, lightning, thunder, storms, and rain. He's celebrated for his powers and his defeat of evil, which is represented by Vritra. The article mentioned that Indra is worshiped by the Kalasha religion, which led me to the second Wikipedia page on the Kalash people . The Kalash people are the smallest ethnoreligious group in Pakistan and practice a religion that's classified as ancient Hinduism. They're considered an indigenous group to Asia, with their ancestors migrating from the Chitral valley. The neighboring group once practiced a culture similar to the Kalash people, and they were called the Nuristani people in Afghanistan. This led me to my th
Post a Comment
Read more 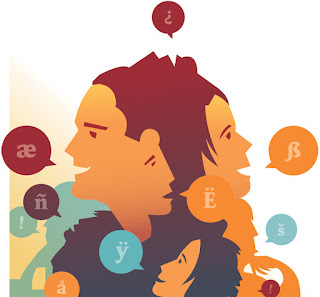 Does Grammar Matter? The video also brought up an important point about how speech evolves language, and how positions of power dictated how language is spoken. I never knew that the standardized way of writing was pushed by those in power, but it does make sense. It's interesting to see how descriptivism and prescriptivism analyze language in unique, important ways. I've actually never considered the role of grammar in a global context, but my language classes have pointed out how irregular sentence structures can be. For example, I'm currently learning Latin, and verbs and subjects can be placed wherever in a sentence, with adjectives following the noun. This is in stark contrast with English. As a result, I can see why these rules can make English difficult to learn. The video also teaches of the divide within linguistics between the two fields. Prescriptivism considers the language to follow a consistent set of rules and standards, while descriptivism see variation an
1 comment
Read more 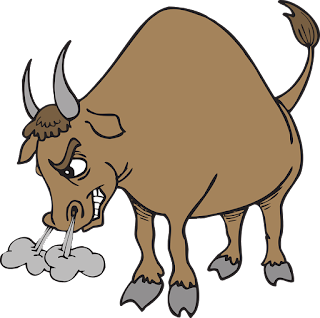 These reading notes are over Part B of Epified: Krishna , which is made by Epified. Plot Notes:  I really enjoy the consistent detail that Krishna proves his divinity, strength, and creativity to not only humans but also the gods. First, Krishna showed his strength and divinity to Indra, the god of gods. Now, Krishna was able to show his divine nature and importance to Brahma, god of creation. It was an interesting story as well, and it might connect back to the notion of Maya, which is what my project is about. Since Brahma saw all was Krishna, it can show the objective, unchanging reality is beyond the physical world with the copies of cows and people kidnapped by Brahma. I really enjoyed this tale and found it very interesting to consider on a broader context. The story of Krishna and Hastin was also very powerful. The message that kindness is the greatest strength is really meaningful, and small details say a lot about how important kindness is. For example, I liked that Krishna
1 comment
Read more 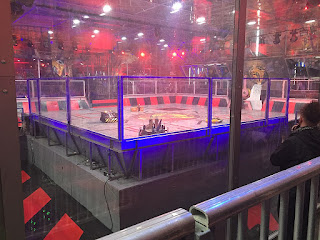 The neon lights shined bright on the dark alleyways of Haste City. The Pandava brothers shielded themselves from the lights as they snuck through the winding backstreets, dodging and weaving to avoid anyone in their way. As they approached a metal door, they heard the clanking and crashing characteristic of bot fighting, an outlawed sport. Their head engineer, Arjuna, took the lead and knocked the secret code. Three hard knocks, followed by two soft ones. Soon, the metal door creaked open, and the men entered in the room.   Bot fighting was known to be ruthless, with unimaginable riches ready for the taking. The stakes were high, and the competition was fierce. But everyone knew of the Pandava brothers and their amazing feats; their robots were known far and wide to be the very best in Haste City. Arjuna led the brothers, and was taught by their mentor and guru, Drona, who retired years before from bot fighting. Since bot fighting was illegal, the Pandava brothe
2 comments
Read more

Wikipedia Trail: From Astras to the National Museum of India 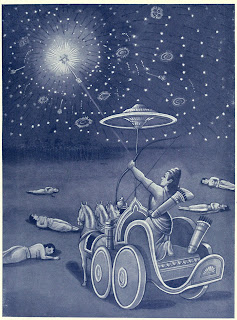 I began my Wikipedia Trail on the page for astras , or super-weapons, as I read up on them when posting comments for feedback on various projects. It was a really interesting read, with astras representing super-weapons possessed by deities and containing special powers that could cause huge impacts. It's claimed that Arjuna had more astras than any other warrior. One of the weapons that caught my attention was the Trishula, which belonged to Shiva, the destroyer. It's considered the most powerful weapon according to Shiavism. I was interested to learn more about Shiavism , and this led me to my second Wikipedia page. This is one of the major Hindu traditions that worships Lord Shiva, and it's considered to be one of the oldest religions in the world. It was developed as a pre-Aryan religion and was later incorporated. Archaeological discoveries show how ancient it was, with seals similar to Lord Shiva found in the Indus Valley civilization. One of these seals was the Pash
1 comment
Read more 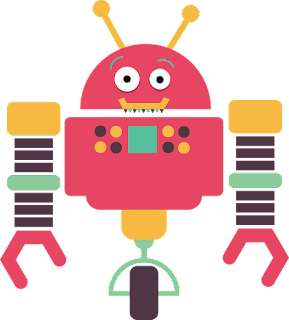 These reading notes are over Part B of Epified: Mahabharata , which is made by Epified.  Plot Notes:  This part of the Mahabharata is when the Pandava brothers begin to take the spotlight and develop. We see their characters as well as their strengths and capabilities, but I like how the narrative doesn't necessarily equate divine powers to moral goodness. For example, Arjun is seen as disciplined and a divine warrior, but his arrogance and drive for power caused his guru to do a great injustice to Ekalayva. My favorite parts of the story is Drona's introduction, training of the Pandavas, and the eventual cruelty and injustice done to Ekalayva. Drona's skills and amazing powers are recognized immediately when Arjun senses something special about him, and he proves his capabilities when he recovers the ball from the well. The training shows how each brother is specialized and plays to their own unique strengths. They are all great warriors, but they all take different forms
1 comment
Read more
More posts